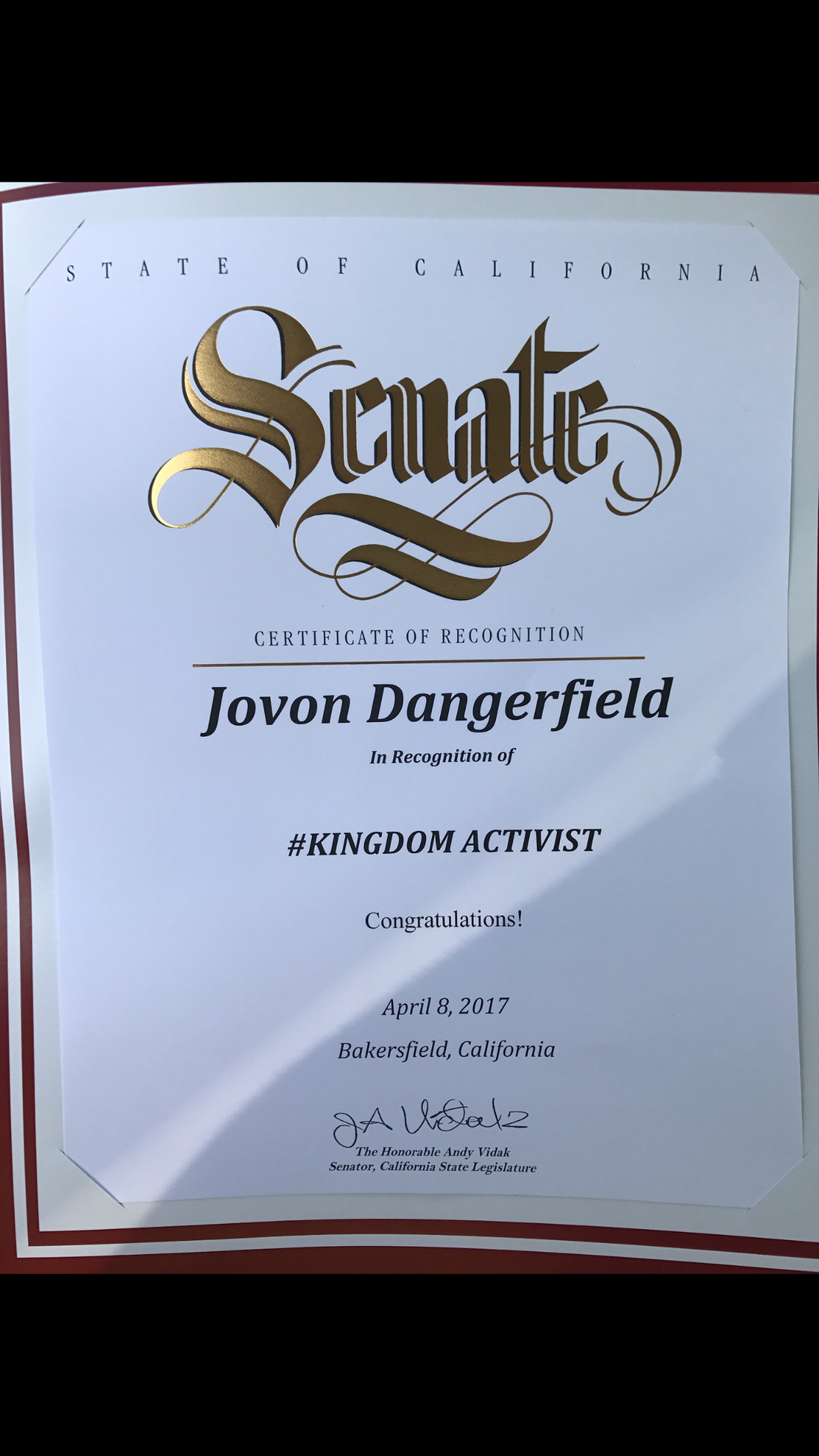 Kingdom Activists provides community outreach, support and services in a creative, inspiring and authentic way. Through a myriad of initiatives, ideas and approaches, #KA seeks to use the power of networking, the arts, information and awareness to serve the discouraged and disadvantaged in order to uplift the community through innovative means and support that reaches people where they are.

To serve communities worldwide through creativity, mentorship, the arts, information gathering and impactful events while providing a voice for those who do not have a voice and securing opportunities for those who otherwise would not have opportunities.

Kingdom Activists ( a non profit corporation) has executed its mission through providing services and support in Bakersfield, CA along with Houston, Atlanta, Denver, Seattle, Las Vegas, Phoenix and Washington D.C to name a few. #KA was established in 2014 and has since spoken in dozens of youth and adult prison facilities along with planning and hosting resource events, festivals, public speaking forums, mentorship programs and youth camps locally and abroad. Using creative approaches such as the free clothing store for teens Kam's Kloset, along with events such as Just N Time for Christmas where 2,000 youth and adults were given gifts and resources, #KA has been graced to provide services and support where and when people need it the most. #KA is responsible for multiple musical albums, videos, speeches and outreach from the team and its director and president Jovon Dangerfield. Jovon, representing #KA has been covered dozens of times in mainstream media for his myriad of events and initiatives including ABC 23 News and KGET 17 news. Jovon is involved with assisting as a developer and lead organizer for the Bakersfield Music awards along with Hosting his own show weekly on Forge 103.9's "The Danger Zone," Where he uses his platform, voice and perspective to heal divide and make a difference. Jovon Dangerfield is an experienced Outreach Specialist, innovator, writer, speaker, pianist, musical director, poet and administrator with his Masters Degree in Theology and Counseling from Summit College Bakersfield, Ca.